Do you remember that sailor from Stalingrad?

Do you remember that sailor from Stalingrad? 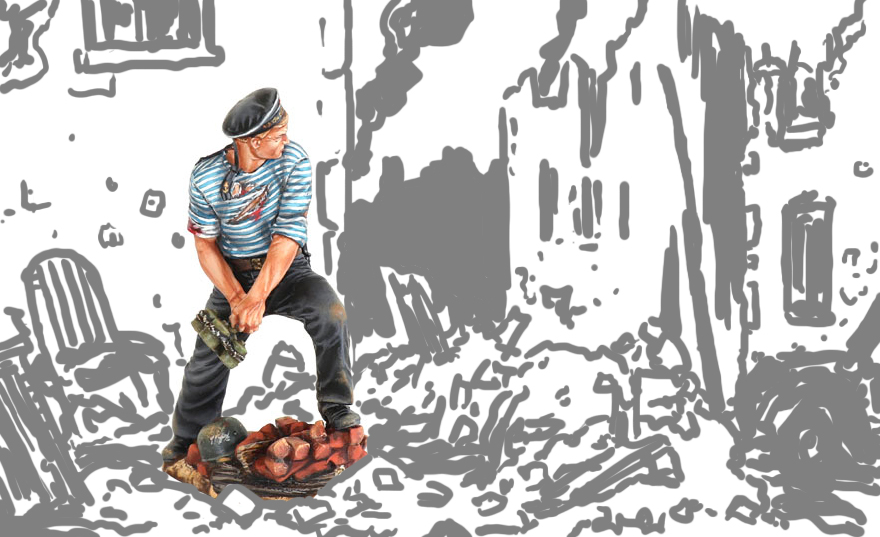 Maybe you have noticed something special about this figure from First Legion, something vaguely familiar. His heroic pose, those over dramatic wounds, the grenade as the only weapon, the iconic striped shirt and sailor hat… If this rings any bell to you, you are right. The RUSSTAL061 - Russian Sailor With Grenade Bundle is based on a soviet propaganda poster!

The original source for this figure was produced in 1942 by Alexei Kokorekin (1906 - 1959). Entitled “To our motherland”, the poster was produced during the Battle of Stalingrad to salute the courage of the soviet sailors and incite people to also do their part. At the time, Kokorekin was a prolific propaganda artist for the USSR, covering many war time classics such as improving production in industries and inciting women to work in factories. He even won the Stalin Prize for his wartime posters twice! So picking one of his creations to produce a figure was only fitting. 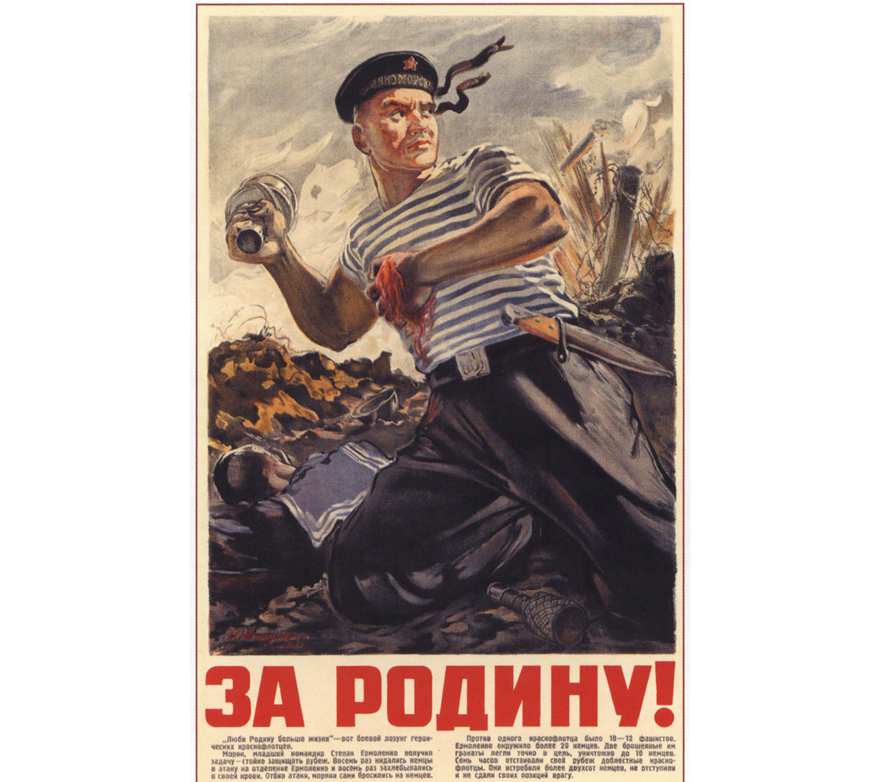 The source material for this piece.

Using propaganda posters to create toy soldiers is not something new. This can be seen relatively frequently and it is done by many manufacturers. Some are actually very faithful to the original material, such as the now retired FW155 - Let’s Go! by King and Country. 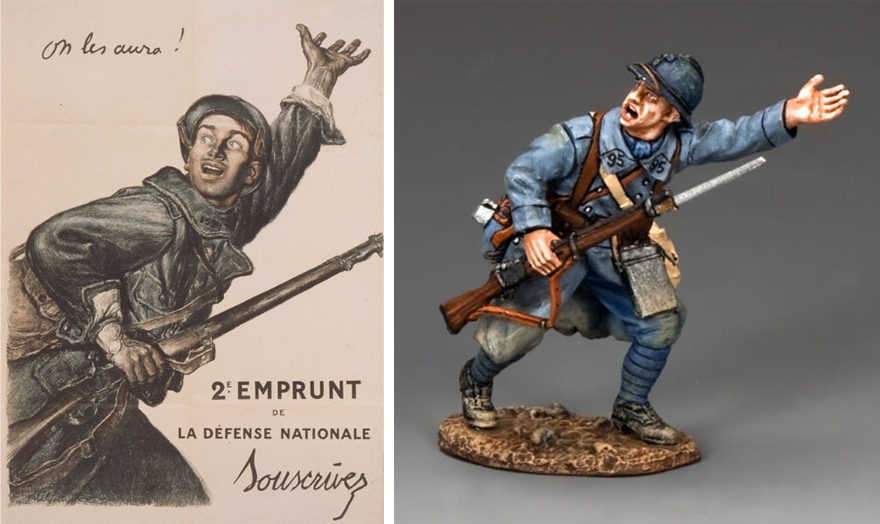 In the case of First Legion, the artist’s work was adapted to make a more exquisite toy soldier. Dealing with an image in a frame can be quite different from having an object in three dimensions. So the illustration was reviewed to make a beautiful vignette. The sailor now stands bravely on his legs instead of kneeling in the dirt. He also now holds a whole bundle of grenades and not just one. The helmet of a vanquished german soldier is also visible at his feet, suggesting an epic last stand. Despiste those small changes, First Legion managed to keep the important parts to make this piece recognizable. The thorned shirt, tragic wounds, knife at the belt, sailor uniform and dramatic expression from the original poster were kept. 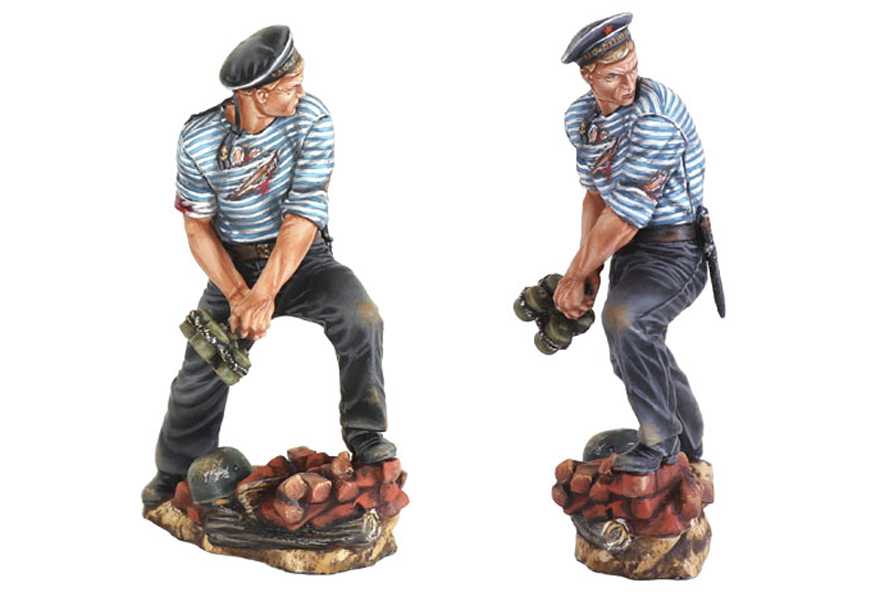 According to the legends, the striped shirt was used by sailors to be more visible if they were to fall at sea.
This feature was useless in urban combat situation.

What is interesting with those soviet sailors is that they were not properly trained nor equiped for urban warfare. Not only that, but after the purges of 36 and 39, many branches of the sovietic army found themselves without any competent leaders, creating challenges within the Soviet Navy itself. Eventually in 1941, using the naval troops to defend territory was an improvised solution to find 350 000 men and use them as infantry.The most important battle they took part in was probably the Battle of Stalingrad for which they paid a heavy price. This is why having this figure to commemorate the Soviet Sailors is a nice addition to this sub collection by First Legion.