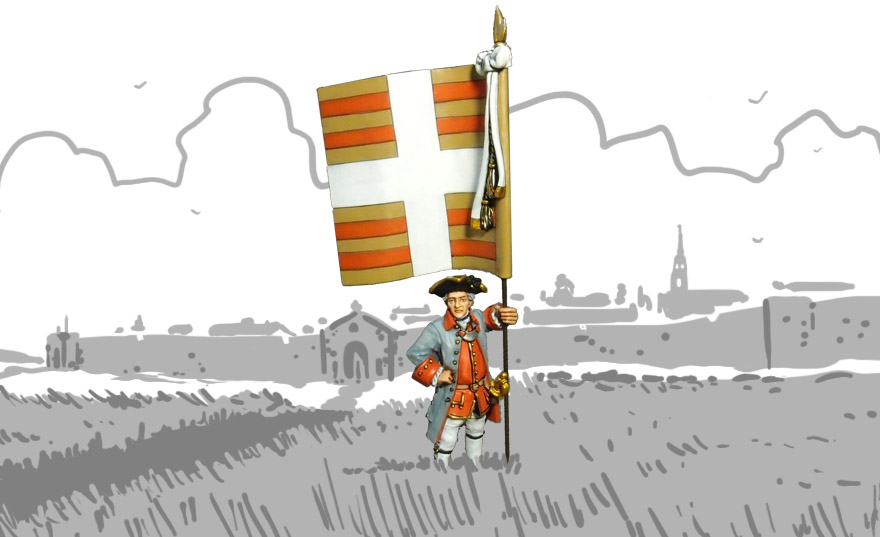 Like this month was the 262th anniversary of the Battle of the Plains of Abraham, we will have a look at one piece related to this event: the JJ-QF-33 - BÉARN STANDARD BEARER. This item, produced by John Jenkins Designs a few years ago, is from a now collection where more and more figures got retired. So covering this figure while it is still available might be a good idea.

When John Jenkins launched the Régiment de Béarn in 2015, he did a nice cover of the subject. Not only did he produce the regular infantry in various battle positions, but he also added a few grenadiers waiting in reserve. He also came with a wonderful command group including one flag, one officer and one drummer. 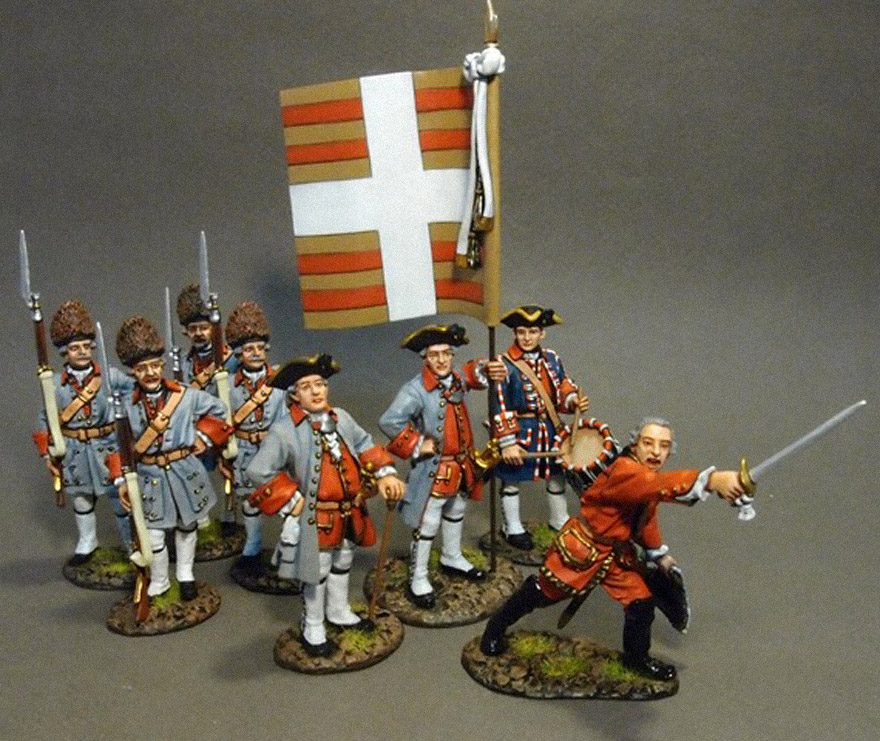 The Régiment de Béarn was formed in 1684 and was disbanded in 1763. It served in numerous wars and conflicts, including the Seven Years War in European and American theaters. When it comes to recreating the uniforms, the 1739 book “Cinquième abrégé général du militaire de France, sur terre et sur mer” by Lemau de la Jaisse makes things clear. The uniforms were light grey and red and the hat had a golden rim. The “Drapeau d'Ordonnance” was made of alternating lines of buckskin and red with a white cross. 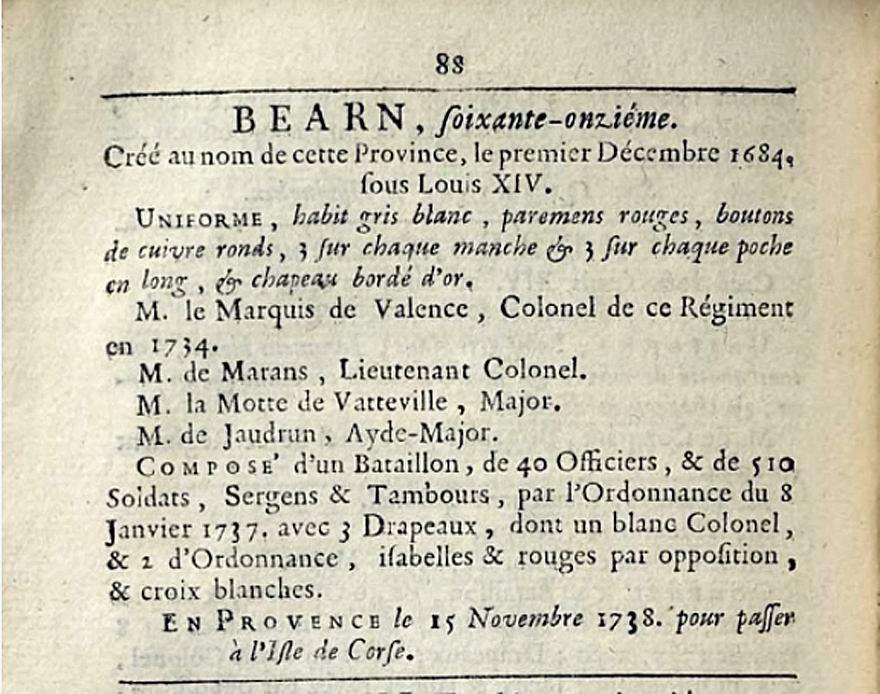 Of course, this is exactly what we have here when it comes to the expected colors scheme! The standard bearer figure looks in a remarquable control of his emotions, making this piece perfect to stand beside the stout and pompous officer. Together, they are leading a propre European war like only true gentilshommes do. The flag is made of resin instead of pewter alloy. This is a clever choice as some toy soldiers with metal flags can be thrown off by the weight of the flag if it moves. This was a problem with the now retired NE033 - Demi Brigade Flagbearer by King and Country. The flag was easily spinning on the pole, thus catapulting the figure on the ground. 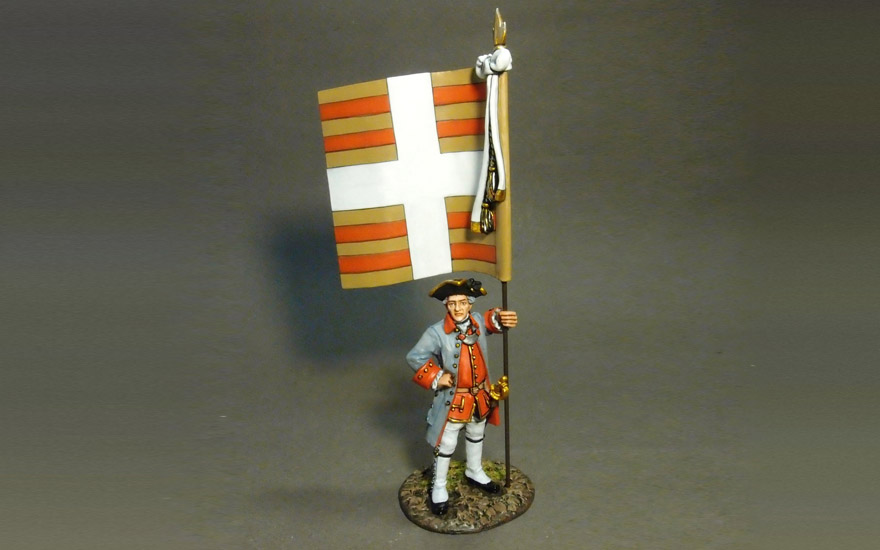 The JJ-QF-33, always in control of his emotions.

Those who can read French will notice that the text above refers to an alternative white on white flag. This standard was never used in America but John Jenkins took the time to produce one version for European theater. 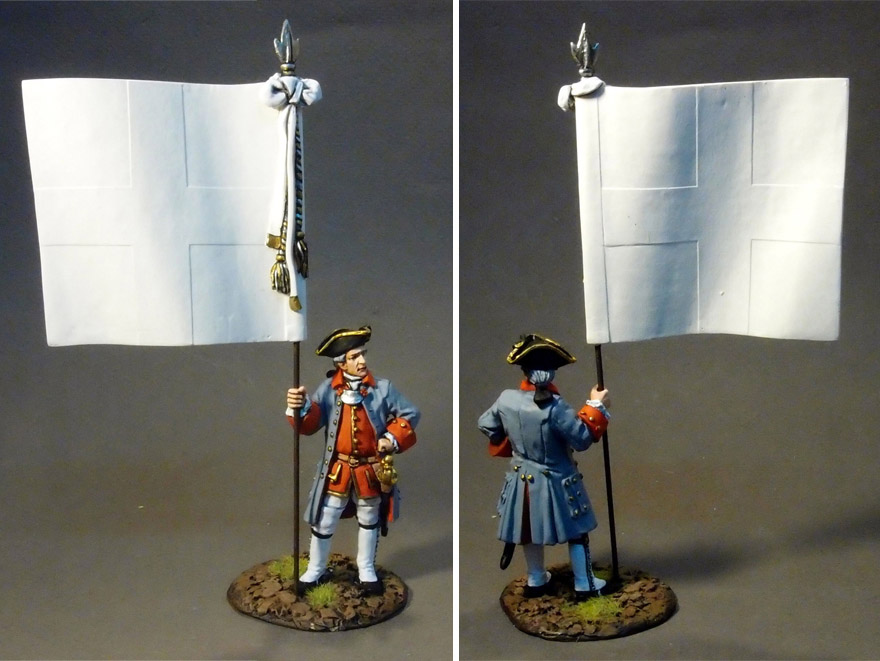 Until recently, reenactors from the Régiment of Béarn were sometimes present on the plains of Abraham and at different festivals in Québec City. But with the Covid-19, those things stopped and it’s only when writing this blog entry that I noticed that their official page is now down and their facebook group was also closed. This looks like it no longer exists or is on pause. Nonetheless, members from this group should be praised in this blog as they did a wonderful job to tell the tales of this régiment for many years 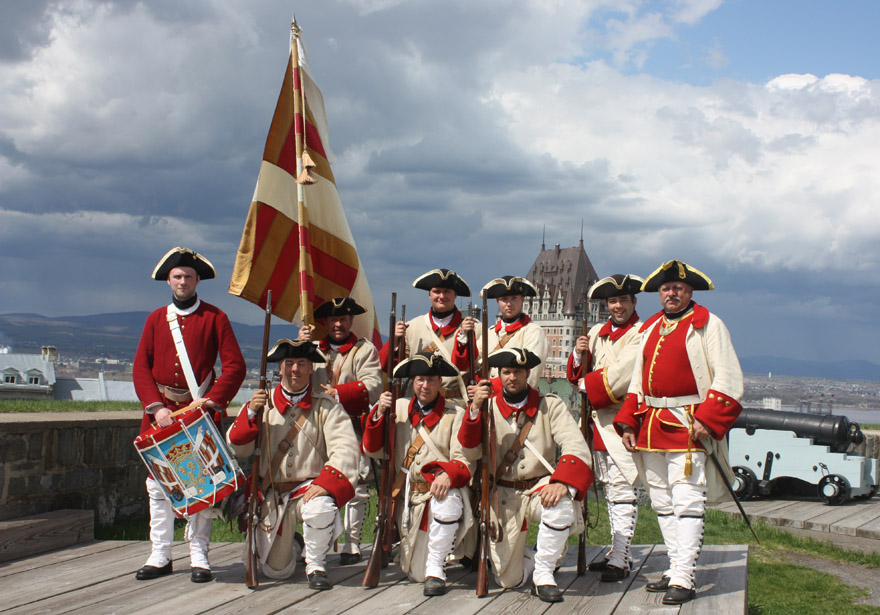 In conclusion, the JJ-QF-33 is a worthy figure. Of course, it will look good with the rest of the pieces from this collection. But with the collection being retired, finding all the other pieces might become hard. However, standard bearers are beautiful pieces even if displayed alone. They can represent a whole regiment all by themselves, showing the uniform and the regimental flag at the same time. So, if you have any interest in this part of history, grabbing this piece while you can is certainly a wise move. It might be long before we see such a nice Régiment de Béarn standard bearer.