On July 8th 1758, two commanders met in America on a battlefield that was far different from what they were used to. Both were trained to European pitched battle, but they were now forced to engage in a woodland warfare style; a style that both commanders found to be a necessary evil. On that day, 3 600 entrenched French troops faced a massive outnumbering force of 16 000 british men at what is now called the Battle of Fort Carillon. Against all odds, the French won that battle. Let’s see how this happened and which toy soldier collections by John Jenkins Designs are linked to this event.

Fort Carillon (today Fort Ticonderoga) was a French fort located at the south of Lake Champlain. This was a strategic location to control any invading force using the waterway in view of invading the Nouvelle-France. The fort itself was an interesting strong position, but it still had limits. When the French commanding officer Louis-Joseph de Montcalm arrived there to defend it against an invasion force four times as big as his own army was on the way, he knew the fort alone could not hold against so many enemies. So he ordered the hill on the northwest side to be fortified in view to break the first waves. The fort itself would be used only as a last stand position. To do so, trees were chopped down and used as terrain obstacles around the French trenches. Artillery pieces would be brought there too to strengthen up the firing power. It was a rushed defense construction that started only 2 days prior to the attack. 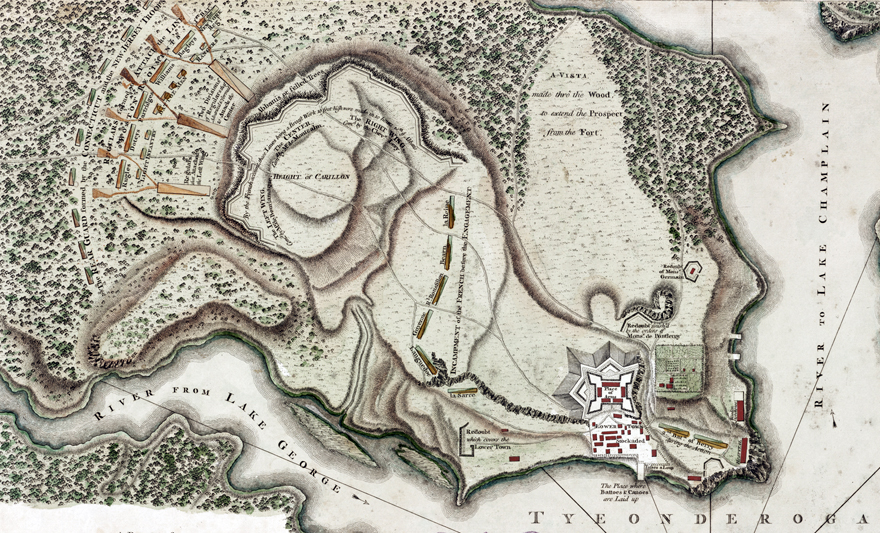 On the British side, things started poorly when James Abercrombie, who was in charge of the invading force, received reports from scouts telling him that the French positions were incomplete and could be easily forced, even without cannon. This was not the case, but british troops were numerous and Abercrombie was overconfident. So he decided to launch the attack the next morning.

Fully trusting the report he received, Abercrombie started the battle without waiting for his artillery to be in position. He simply stood away from the frontline, ready to issue orders based on his observations and reports. An unexpected firefight from the New York regiment with the French forces led him to believe that the French lines were already breached and ordered a massive advance. But this was not the case. So British troops walked in proper order straight to the French positions where they were shot down. Not understanding why his troops were not succeeding in taking the defense lines, Abercrombie simply ordered that more troops would be sent. Those were butchered too while walking the best they could under the French fire. During that time, the boats carrying the British artillery took a wrong turn on the river and ended up under French fire too. Their fate was sealed before doing anything useful. The British general understood his mistake too late and ordered a retreat. He will later put the blame on his aide de camp and his inaccurate report. 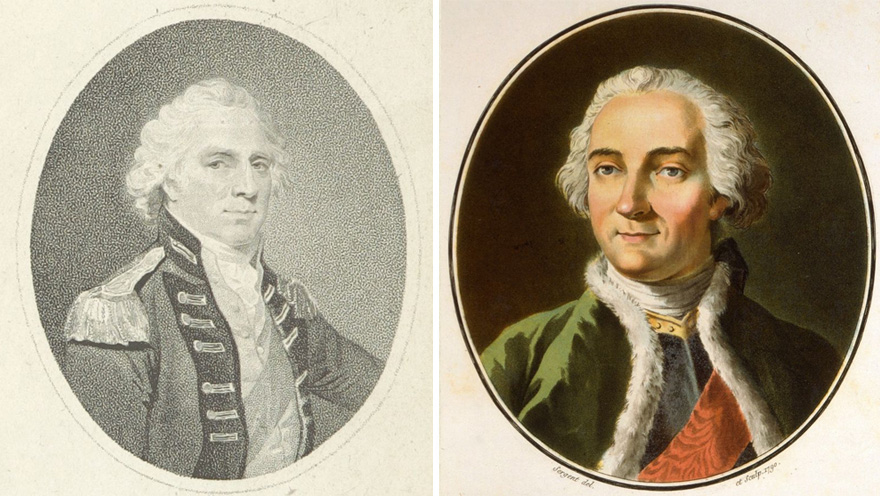 On the left, the British General James Abercrombie.
On the right, the French General Louis-Joseph de Montcalm.

Fort Carillon was one of the bloodiest battles of the Seven Years War on the American theater. Conservative numbers talk of 104 dead and 273 wounded on the French side against 537 killed and 1 356 wounded on the British side. Abercrombie was not used to this kind of battle and was not keen enough to react to the events. His overconfident attitude also rushed him in a battle without the support of his artillery. On his side, Montcalm might seems more gifted for this kind of unusual war, walking on the frontline, issuing orders and making sure that troops had all they needed during the battle. But he was still no expert! Much of the forest on the North of his position was not under his control and could have been exploited to send British troops behind the French lines or straight to the fort itself. He still had in himself the conception that both armies would magically meet and engage at a designated place as it is the custom in European warfare. Despite that, this day was quite important for his career as it gave him the respect of his troops and this is probably the most valuable thing for a commanding officer.

When it comes to toy soldiers, many of the pieces required to build this battle are actually accessible in John Jenkins Designs products, but require a bit of digging. From Roger Rangers to continental regiments and from the Highlanders to the French regiments, everything is there, but organized using other battles. For the regular troops, British and French, we got to look at the Plains of Abraham. For the first nations, the irregular troops and continental regiment, those are hidden inside the Raid on St.Francis River. As for the Highlanders, they are under the Ticonderoga collection.

New Jersey regiment, Régiment de Béarn and the 42nd Royal Highland. All those pieces were present on that day.

So it was a great victory for the French, but it was won mostly because of the lack of experience and the incompetences from the British general. Montcalm knew how to better adapt himself to this situation but this was still not his natural kind of warfare. It could have easily been otherwise on that day! Anyway, the victory was short. About one year later, the same fort will be easily captured by the British to a retreating French force at the Battle of Ticonderoga.