A Ride in a Carpentum

A Ride in a Carpentum

Roman empire transportation network is estimated to be composed of 400 000 km (250 000 miles) of roads on which 20% were stone paved. It was one of their biggest achievements, connecting the whole empire. To travel more comfortably on those roads, roman eventually developed specialized vehicles such as the Carpentum. So let’s look at the JJ-RR50 - ROMAN CARRIAGE by John Jenkins Designs; a museum quality model!

Carpenta were closed carriage mostly used by noble women, vestals, dignitaries and emperors. Rich versions of those vehicles were considered as an honorific means of transportation and the common peoples simply had no right to use them. John Jenkins describes them rightfully as the “limousine of wealthy Romans”. Moreover, Julius Caesar, to help with the circulation in Rome, put a ban on large vehicles during the day except for delivery cart and ceremonial carpenta. This decision says a lot about the privileged status associated with carpenta. But there were alternatives for the average citizen. More modest carpenta made it possible to travel between two cities for a few coins.

Carpenta had two or four wheels and those were mounted on a primitive suspension system made of leather and metal. Those wheels were also rimmed with metal to endure long travels. The top of carpenta was a closed wooden structure with a comfortable interior. The roof itself was most of the time arched. Carpenta were pulled by horses or donkeys led by a driver. Some carpenta had quite decorated exteriors as it can be observed from artefacts from that time. The representations of Agrippina’s funeral carpentum on coins from the time of Caligula give us a glimpse of how lavish those vehicles could be. 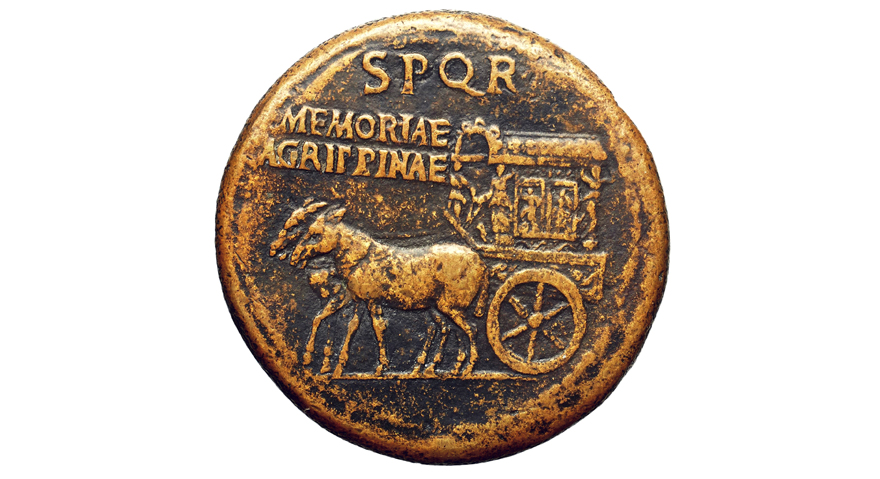 Only two wheels, but so many decorations! (Wikicommons)

The carpentum produced by John Jenkins is based on a modern reproduction that is on display at the Römisch-Germanisches Museum of Cologne. (This certainly qualifies as a real museum quality model!) Both models are quite similar in appearance, but have different scales. One of the main differences however is the decoration. Jenkins’ version is much more sober and possesses none of the many ornaments. This choice makes it more useful with his collection as the roman he produced so far might not travel in the highest class of carpenta. With his current line of products this carpentum will be quite fitting if displayed in a marching column of legionnaires. 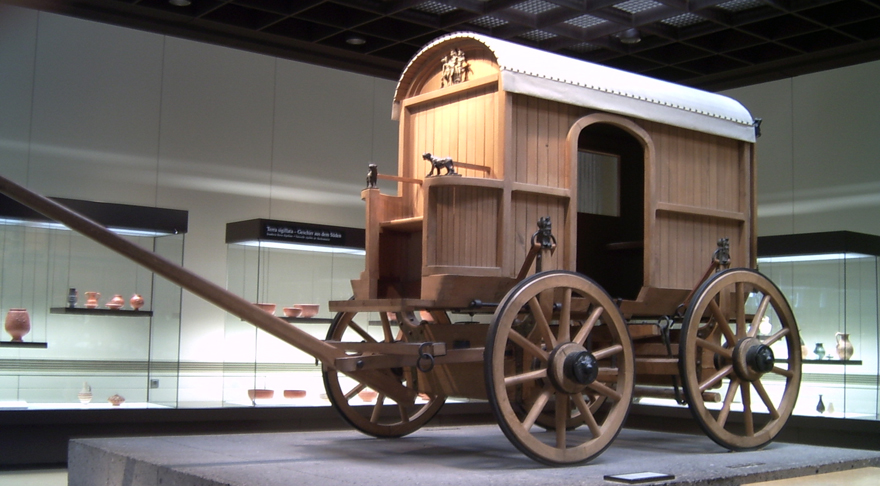 Talking of the Römisch-Germanisches Museum of Cologne, we can have access to many of the pieces on display there via Wikicommons. Also, a part of the museum can also be explored via Google Map. As traveling is a bit complicated these days, those links will have to replace a visit in person.

Now the question is now to guess who will be inside this carpentum. A centurion’s daughter? An emperor traveling incognito? A senator reviewing the troops?