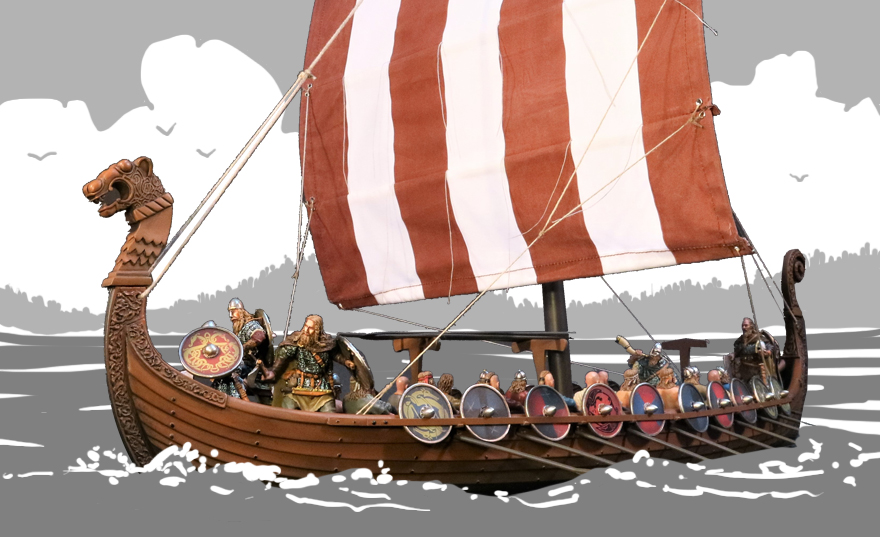 Sometimes, there is a piece that is just epic beyond any measurements, a set that is just so amazing that even non-collectors will be filled with awe when looking at it. And such is the case with this future release from John Jenkins. Behold the JJ-VIKLONGSHIP - Viking Dragon (Dreki) Longship.

Yes! This set is a complete viking longship with crew and it is as accurate as it can possibly be. John Jenkins has always been known to take extreme care when it comes to details and we can see it when we look at the surviving longships from that time. Longships are found once in a while, preserved in anaerobic environments like underwater mud or covered with dirt in ancient boat graves. So we can have a really good idea of how they looked and were built. A good comparative for this set is the extremely well preserved Oseberg ship found in 1904 near Vestfold. This ship was used as a boat grave around the year 830 for one the queen Åsa. 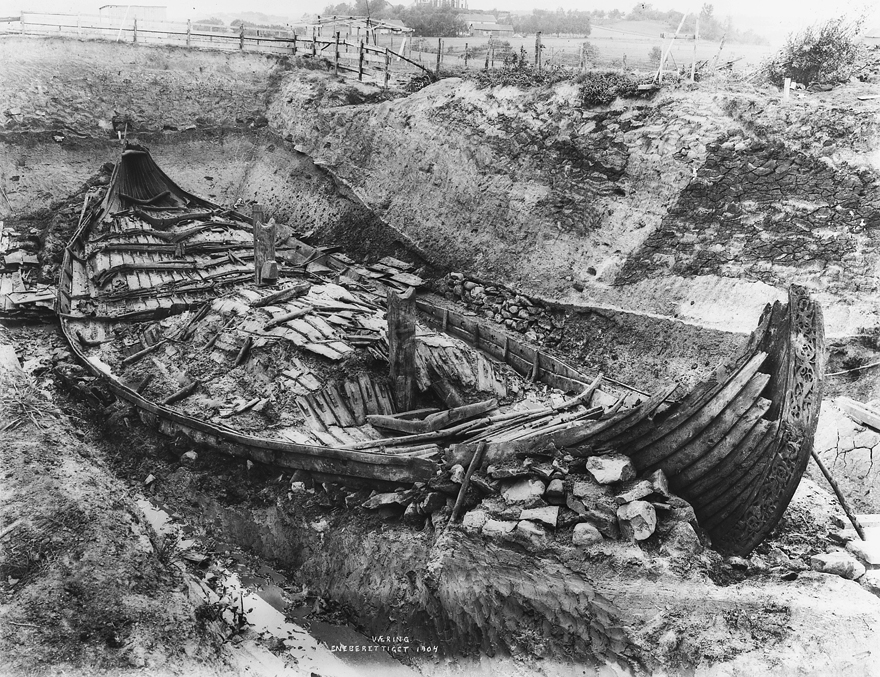 The Oseberg ship during its excavation.

In this longship set by Jenkins, the level of detail is quite incredible. The sail is made of real fabric and all the rigging required to use the boat is replicated at a smaller scale. Fancy engravings are visible on both tips of the ship. Those engraving are similar in style with those found on the Oseberg ship. Of course, the mandatory figurehead is there!

This set also comes with 20 men rowing. Some figures in this share the same mold, but were painted with different colors to eliminate any obvious repetitive effect. They all have their individual shields (20 of them) attached to the sides of the ship. In addition, there are 6 standing figures with all unique body poses. Their poses are leaning in front to see what is coming or giving orders in the back. They can actually be useful in other presentations. This makes a grand total of 26 men!

The boat comes with 23 oars in total; one for each rowers and tree spare in case some get damaged during the expedition. Those are stacked on T shape stands in the middle of the ship. This set also comes with a special ornamented stand that is quite good looking and yet sober enough in colors to really let the ship shine on it and not steal the show. The complete ship with oars is 59cm long, 35cm wide and 48cm tall. (23 ¼” length x 13 ¾” wide (includes oars) x 19” tall) 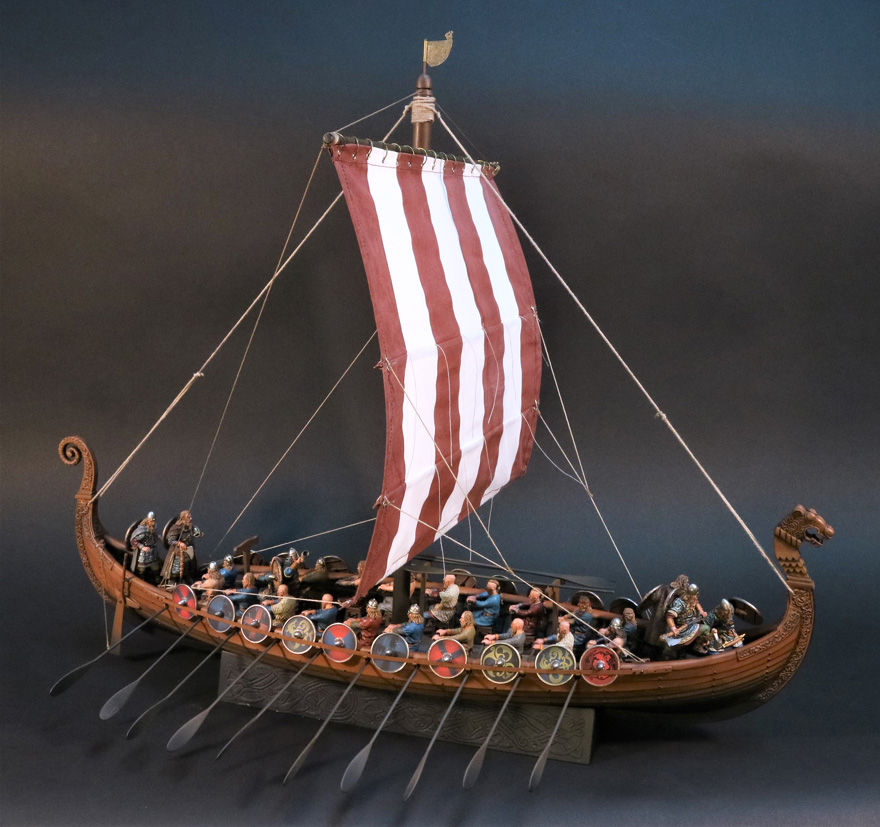 A better view of the stand and complete ship.

Such a big set requires a lot of planning to produce. To help the planning and estimate the required production, Mr Jenkins offers a special discount of roughly 10% on the pre-orders taken before October 1st. Any order taker after October 1st is not guaranteed to be fulfilled as quantities produced will be minimal. The goal is really to give the collectors an exceptional piece without being stuck with costly unsold items. Thus, placing your order for this item as soon as possible would be a wise thing if you want your own longship. This way you will be guaranteed to get your set and you will have a bonus discount!

The estimated arrival time for the pieces is currently around February 2022. However, it is important to keep in mind that it is an estimation and it might be pushed back if the current world situation is changing. And while waiting, watching viking movies might be a good idea. This is why I share with you my top 3 viking movies (with scenes including longships).

With Kirk Douglas and Janet Leigh, this one is a classic! There are some good scenes with longships in it. Despite the beautiful ships, the drawbridge scene is still my favorite.

This movie might be one of the most casually violent family movies ever produced. It’s a masterpiece of dark humor and it also contains a longship… and some of the Monthy Pythons.

This one is also important. It’s filled with swarms of angry vikings with horns on their helmets. They are beasts from the North and only speak of raids and plunders. They have marvelous longships. They are also totally inaccurate but so much fun! And there is again Janet Leigh starring in a movie with vikings!

Hopefully those movies will be enough to wait until the arrival of the first of those longships by Jenkins. Until then, I leave you with this song written in 1938 by Duncan Johnston and here sung by the Scottish duo The Corries. This song is about Gorrie Crovan, a Norse-Gaelic ruler who took part in the Norwegian invasion of England in 1066. A song and perfectly fitting with this longboat and the whole viking collection by Jenkins.