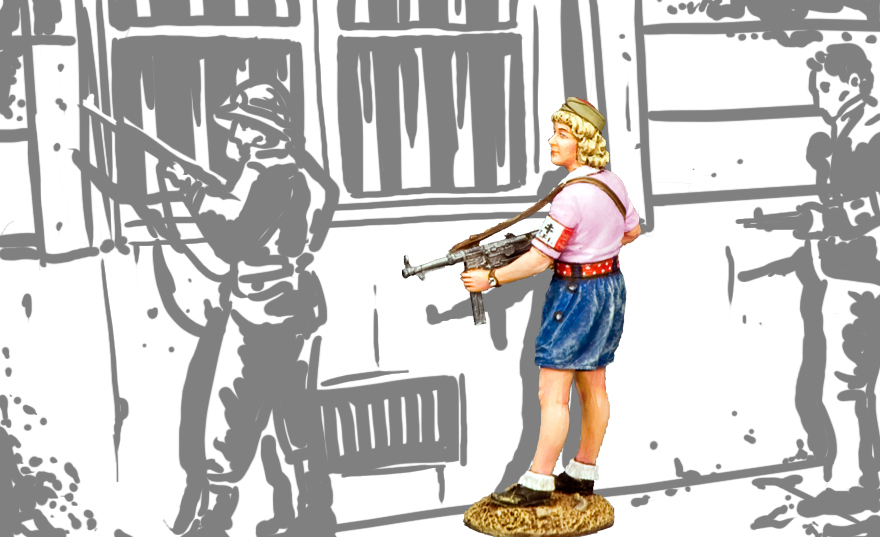 When King and Country released the DD348 - FFI Young Resistance Girl, they said that it was based on a known image from the liberation of Paris. The resulting figure is quite good looking, but is so much more interesting when you know who this toy soldier is based on as it brings more backstory to the light.

That new release is based on Simone Segouin, a real member of the French Resistance. She joined the organisation in 1944 when she turned 18 and changed her name for Nicole Minet. False papers were crafted for her, making her a Dunkirk citizen. Heavy bombing in the area of Dunkirk led to massive losts in the civil archives, making it hard to trace back anything on the peoples from that area. Therefore it was widely used by the French Resistance to forge papers. The iconic pictures of Simone in the resistance were taken by the Hungarian-American war photographer and photojournalist Robert Capa. He is also known for the series called “The Magnificent Eleven” he took on Omaha Beach during the D-Day. 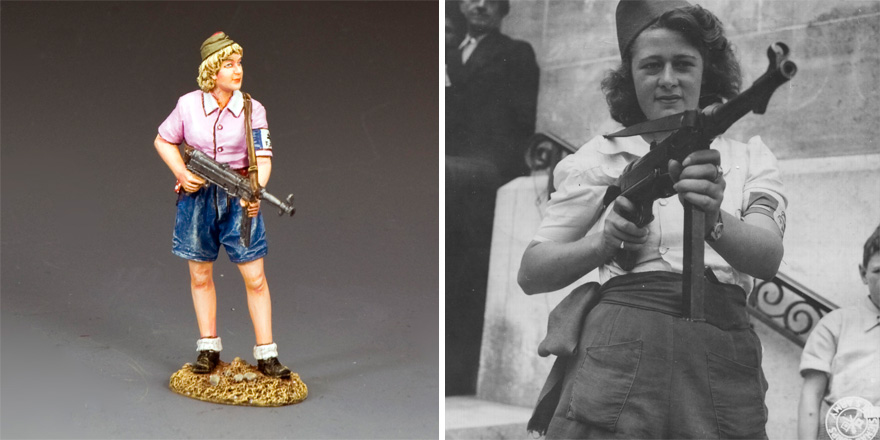 The figure by King and Country and the real Simone Segouin,
showing off her MP-40 during an official visit from Charles de Gaulle on August 23rd 1944.

Simone began her resistance actions by stealing a bike from the occupying Germans; A bike she used as a courier, delivering messages between Châteaudun, Dreux and Chartres. She was later formed with a basic training and started working on bigger jobs. The MP-40 she was showing proudly on Capa’s picture was looted on a mission she was leading. Simone and her team of French Résistants took 20 German soldiers prisoner.

Another picture of her, also taken by Capa, is even showing her in action. When entering Paris, the French 2nd Armored Division was joined by members of the FFI where they were tasked to eliminate German snipers caught in a few last pockets within the city. 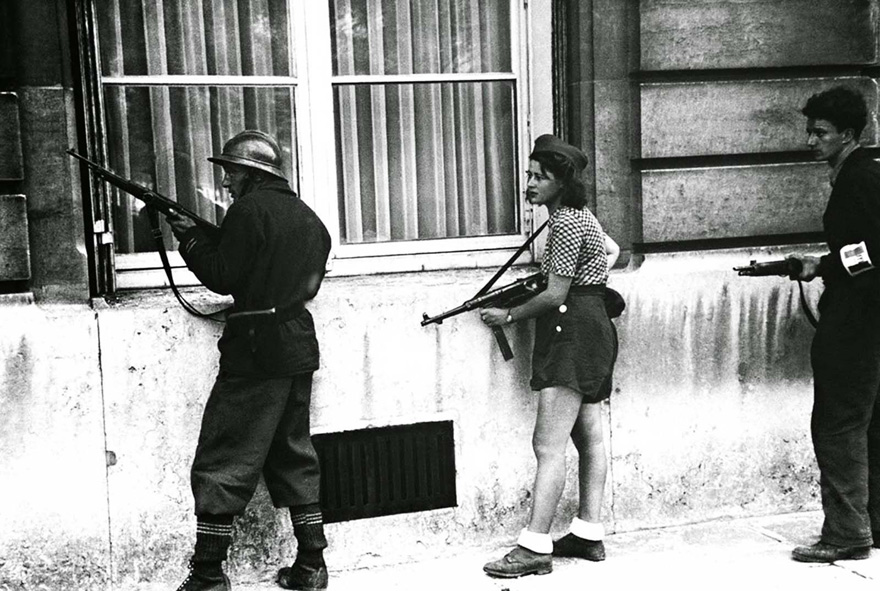 Simone and other FFI members trying to spot an hidden sniper on the roofs in Paris.

The figure is mostly based on the first image, but takes a bit of inspiration from the second image too. Nonetheless, it’s certainly a Simone Segouin that we have here! She wears her iconic military hat and carries her looted MP-40. She also has the same rolled socks, shorts and red sash. On the K&C’s version the red sash is also polka dotted. This artistic liberty is a nice touch as it recalls the shirt she is wearing in the second image. The body pose, slightly leaning with the face looking up, can serve either as a glorious pose or at a careful approach toward embushed snipers. So we can use the same figure to recreate situations inspired by both of Capa’s pictures.

Today, Simone is still alive and now 95 years old. In 2021, she was awarded with the Legion of Honour. The figure depicts her as a good looking girl, but it’s good to remember that real French resistance girls were not only there as decorative members to put on display within the ranks. This figure, with her backstory and her looted MP40, helps us to remember how efficient those girls could be in combat situations.