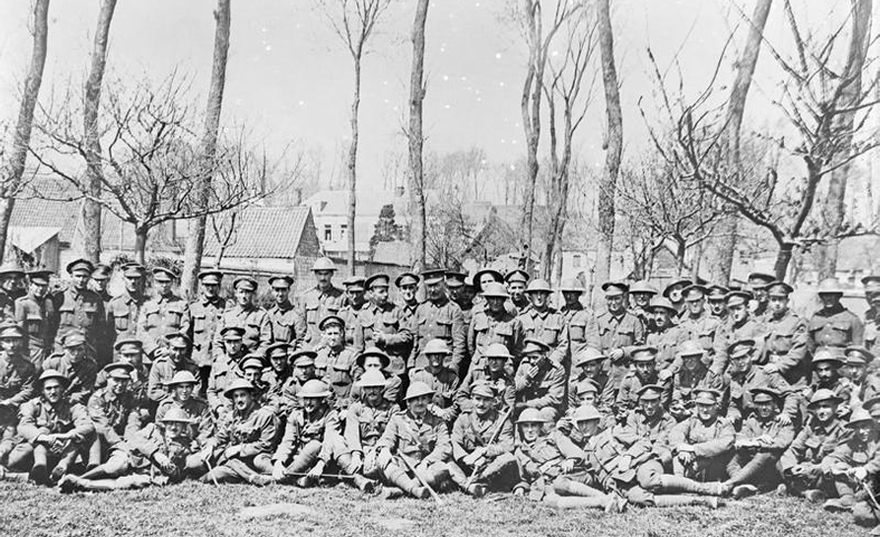 When the Great War started on July 28th 1914, this was the first time that a conflict was so vast. Over 30 nations from all over the globe entered in that war. Convinced this was a first painful step to stabilize the modern world and make it better, many fought thinking this would be the last war ever. It was assumed by many that the modern weapons were too efficient and deadly to fail to bring peace in a short amount of time.

Four years later, when all the foolish hopes of an easy victory were crushed, the war ended. The cease fire began at 11h on November 11th 1918. The world woke up from a nightmare only to realize that a whole generation had been slaughtered. Still, many believed they just experienced the last war ever. Therefore many countries who participated decided to remember that day and all the sacrifices done to bring peace to all.

Today, this war is a must to cover amongst the toy soldiers makers and every manufacturer has its own way to deal with the subject. However, most of them will put the emphasis on the heroic acts performed by the soldiers. Traditionally, toy soldiers always depicted wars as something glamorous where bravery and fancy uniforms forged history using the tip of their guns. There is indeed something mesmerizing in all those glorious figures fighting without any fear in their best outfits.

Charging British troops in the Middle East front by King and Country.

But sometimes you find pieces that are pointing out at the harsh reality and what sacrifices were done in that war. Those shows that peace, even when victorious, comes at a cost. Like remembering this is the first goal behind the november 11th commemoration, this is on those pieces that we will focus on today.

Let’s start with the FW162 - The Last Goodbye. A simple figure with the perfect body pose, helmet in hand, looking downward... To describe that figure, Andy Neilson, creative director from King and Country, wrote: “A "Tommy" stands wearily at rest...his battalion has been decimated and his mates are either dead...wounded...or missing!” This is probably the most fitting piece for today within the Great War by King and Country as it’s most likely based on a classic Canadian Victory Bond poster.

The FW162 by King and Country and the illustration by Frank Lucien Nicolet.
The poster was greatly inspired by the "In Flanders Fields" war poem by Lieutenant Colonel John McCrae.

Another interesting piece in that line is the GW010 - NCO Rallying Panicked Soldier. This vignette by First Legion represents a German soldier breaking on the battlefield. The stress for the soldiers was so constant that it led to many mental wounds such as “shell shock”. At the time, those conditions were considered to be a sign of weakness and lack of moral fiber. Eventually, connections to stress, constant risk of death and lack of sleep were recognized and the “Shell Shock” became one of the first steps to understand the post traumatic stress disorders. Things such as the “Bullet Wind” were known from the Napoleonic time, but never psychological effects of the war were noticed in such massive quantities. Many today owe to the discoveries done one those men that were pushed to their limits.

But amongst all the collection, there is one that really stands out when it comes to depicting the darkest side of the Great War. This one is the wounded French troops series by John Jenkins Designs. Here it’s all about a long procession of maimed soldiers. They all have a tag on them where important things regarding their identity and wounds were noted once they were processed by the medical staff. After so much battle on his territory and since the early war, France ended up as being the country where most soldiers were wounded with a total of 4,266,000 men. 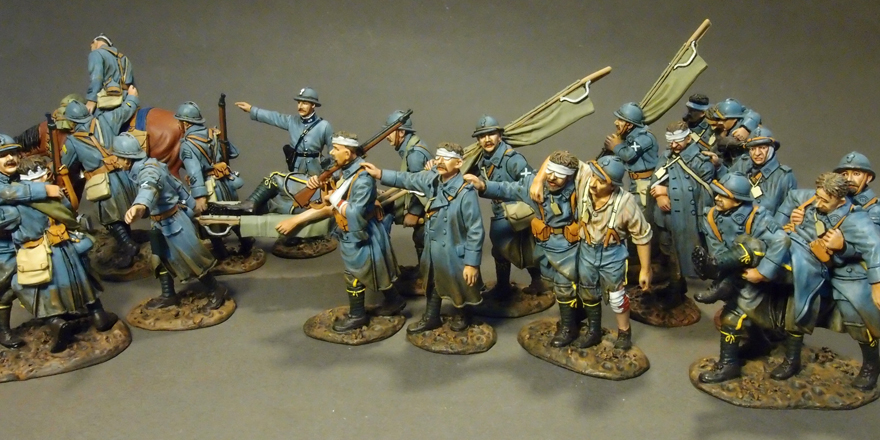 The many pieces from that French wounded series by John Jenkins.

John Jenkins qualified his collection of anti-war. His inspiration came when looking at the books of the French comic book artist Jacques Tardi. Tardi is a pacifist passionate about military history. He illustrated and wrote many stories during the Great War in which he focuses on the horrors of the war. His two most classic pieces about the Great War are “It Was The War Of The Trenches” and “Goddamn This War!”. I can only suggest you to look at those if you can.

It Was The War Of The Trenches by Jacques Tardi

Despite what many hoped for in 1918, the Great War was not the last one. But it gave us the November 11th as a reminder of what is the true cost of a war. Toy soldier makers are also, in their own way, doing their part on commemorating those events with highly emotional pieces. Hopefully, all those efforts deployed to remember the past conflicts might bring more wisdom to the future generations.