Back From the Dead

Back From the Dead 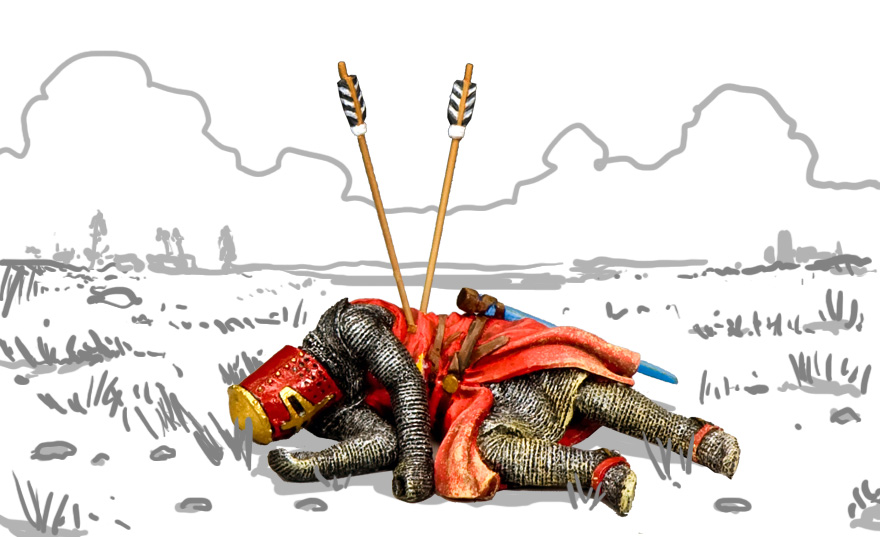 Two weeks ago, we had a look at the new Saracen archers. Of course, so many archers implies at least a few targets. King and Country released 2 new figures to fulfill that need, one of them being the MK228 - Dead Crusader Knight; a figure with a familiar face...

Releasing an old figure under a repainted version is something relatively frequent in the world of toy soldiers. This is something that is sweet for the manufacturers as it saves time and cost on the production of a new mold. It’s also a good way for new collectors to find the equivalent of old sought out pieces easily. This is quite useful for some very essential figures at the core of some collections. When doing this, toy soldier makers usually do minor changes on the colors to differentiate the different versions. This way of working helps to keep the value of those collectibles. In many cases, it also gives the possibility for collectors to add a new recruit to their army even if they had the first version of the figure. 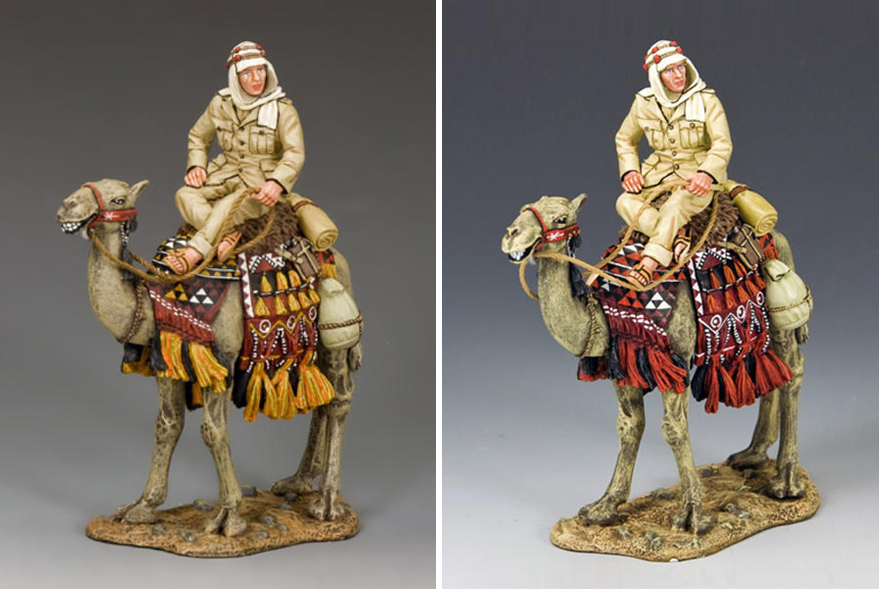 Those who collect the Crusaders and Saracens might have noticed that the MK228 - Dead Crusader Knight is indeed a repaint of the MK122 - Wounded Crusader Knight. It is now red instead of white. However, there is a (painful) twist! Arrows were added in the body thus making it perfect to go along those new archers. By doing so, this makes this repainted version one of the best in this category as this small improvement creates a whole new forensic story for the figure.

To go along the MK228 and the Saracen, we have the MK227 - Wounded Man-At-Arms, also a punctured repaint from the MK021 - Wounded Man-at-arms. He can be seen on the image below with the MK135 - The Fallen Knight as some of the latest Saracen archers.

To conclude, the MK228 goes to prove that even repaints can go beyond a simple reedition if they involve a bit of creativity. It will surely find its place in the display cabinets of many collectors even if they already have the old MK122.