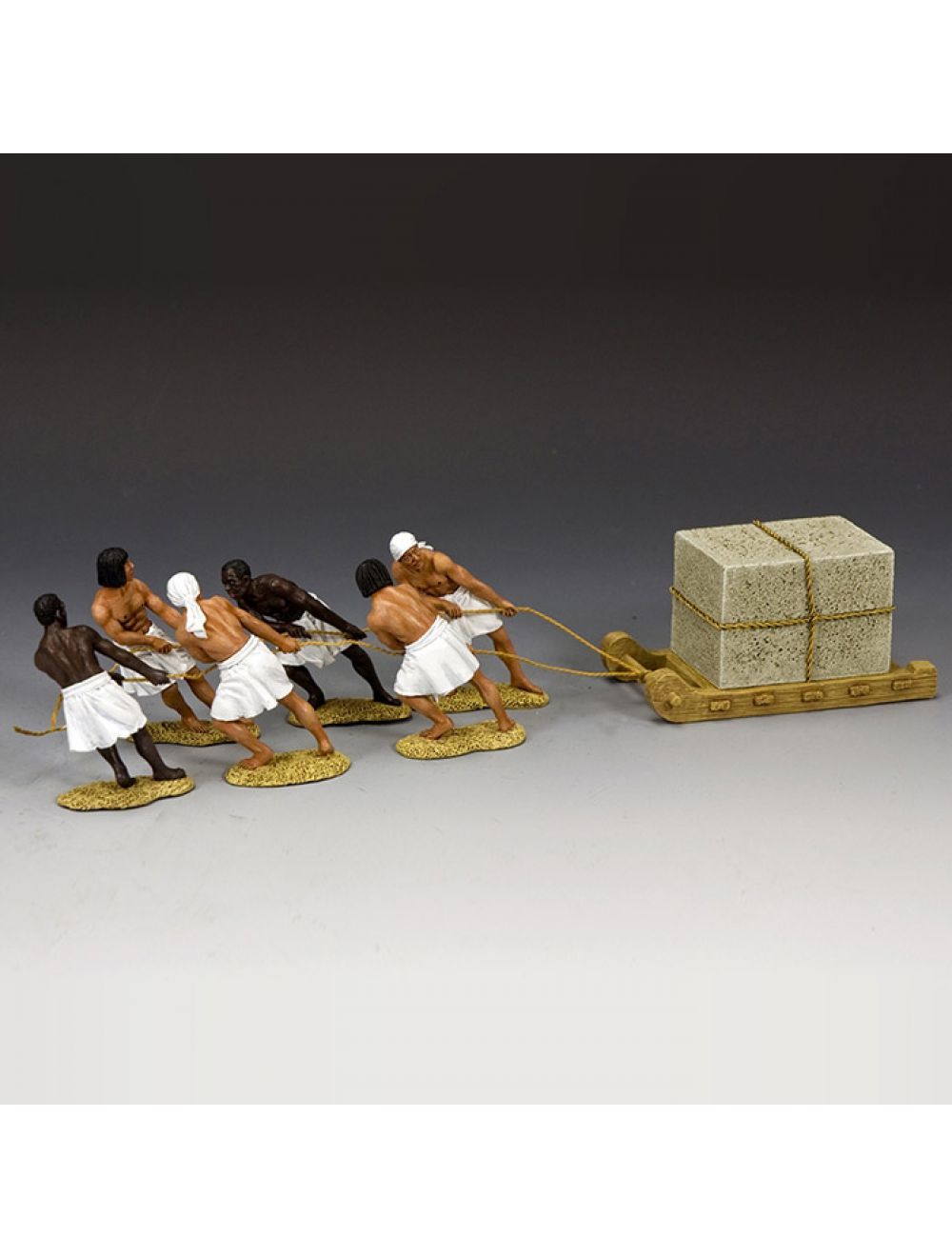 Be the first to review this product
$229.00
SKU
AE064
Add to Wish List Add to Compare
Details
Although animals were also used to help drag huge blocks of stone to and around the pyramid’s building site most of the ‘heavy-hauling’ was undertaken by manual labour.

Here a team of six labourers haul a wooden sled on which a large block of stone has been tied down to. If on level ground or sand, wooden logs could be placed under the sled to ease the passage of the load. On ramps however, built at an angle leading up to the various levels of the pyramid, brute strength was still the best, if hardest, method used. Six figures... one wooden sled... and one very large block of stone!
Reviews
Write Your Own Review